An Interview with Michael Poore

1.     In the past six years, you’ve experienced considerable literary success. In brief, what has this journey entailed?

I think the main thing, when you go from doing your own thing to working with publishers, is that you become part of a team. I’ve had great experiences working with my agent and with editors, publicists, and even, in the case of audiobooks, actors. If someone tells me they like my work, I tell them I had a lot of help. 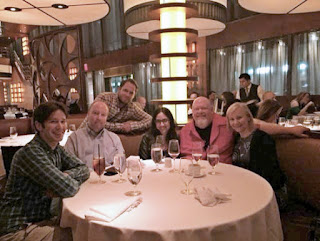 2.     Which literary moment has been your proudest, and why?

When an old girlfriend messaged to tell me that Reincarnation Blues made NPR’s list of great reads for 2017. The website had a wonderful scrolling display of all these fantastic, famous books, and ‘Ta-Da!’ …there was my book, among the biggest books of the year. And I thought, “Well, maybe I finally impressed her.”


Last summer at an event in New York, my publicist walked me into the Penguin Random House area and said, “We’re going to set you up over at autograph table four, as soon as John Grisham is finished.”


I wasn’t cool about it at all. My mouth literally just fell open and I yelled, “That’s John Grisham?”


Okay, so when it came time them to set me up, Grisham wasn’t quite done; he still had fans waiting to get books signed. But I had people waiting, too (which was a surprise). Anyway, they moved him! They moved John Grisham to another, smaller table so I could sign books. 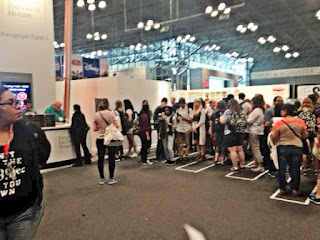 4.     As a fiction writer, you’ve been referred to as a “humorist,” a “sci-fi/fantasy writer,” and a “literary writer.” You’ve been compared to George Saunders, Kurt Vonnegut, and Neil Gaiman. When you look at the evolution of your writing to date and then look ahead, considering these labels and comparisons, what do you think?


People can be very kind, sometimes.


I’ve never tried to be a particular kind of writer, but I have gotten a lot of mileage out of trying to copy off of great artists. When I discovered Kurt Vonnegut – an event in my life I equate, in importance and influence, with discovering sex and alcohol – I tried very hard to write like him. I’m sure those efforts were like a 2-dimensional shadow of a multidimensional thing, but it taught me the importance of creative freedom.


I’m flattered by these comparisons, because I think what those guys all have in common is wildness. They are completely unbound and untamed in their vision, craft, and choices. Their work led me to see the act of writing as something like hurling yourself out of an airplane.


5.     You are serving as the IWC’s 2018 Steel Pen Creative Writers’ Conference keynote speaker on October 27th. What will be the title and focus of your address? In other words, what should conference participants look forward to from you?

I think I’ll talk about the whole ‘hurling yourself out of an airplane’ thing. And hopefully I won’t be the only one in costume.


This interview was conducted by Janine Harrison.
Posted by Indiana Writers' Consortium at 12:00 AM

The opinions of the individual authors do not reflect those of IWC as an organization or of other IWC members.

The purposes of this blog are to encourage writers, educate the public on writing-related subjects, provide information on upcoming writing events, and promote IWC and its individual members.

IWC's membership includes writers from all genres and with varying opinions about writing. To foster this diversity, our editorial policy is (1) to accept all blog articles by members if the content fits with the blog's purposes and (2) to publish the articles as written. We do, however, reserve the right to reject posts that are inconsistent with the purposes of this blog and to cut down or split up posts that exceed 1,000 words. We also reserve the right to make minor edits, such as correcting misspellings.

Anyone who submits material for publication on this blog warrants to IWC that he or she either owns the copyright and has the unrestricted right to use the material or has received permission to post it. This includes photographs as well as text.

The material on this blog is copyrighted by the author of each individual post or, if no author is listed, by Indiana Writers' Consortium. You do not need permission to include links to this blog. To ask for permission for other uses, please contact us at indianawritersconsortium@gmail.com and we will contact the author for you.